RM Sotheby’s achieved a remarkable 92.5 percent sell-through rate and €63,068,110 in sales at its single-marque Ferrari – Leggenda e Passione auction, in partnership with Ferrari.

Held 9 September at the legendary Pista di Fiorano, the striking group of automobiles saw collectors bid via telephones, online, and from the trackside stadium seating that had been set up for the outdoor sale, eager to secure some exquisite cars.

The success of the sale is a fitting tribute to help celebrate Ferrari’s 70th anniversary year.

Bidding was fierce for the 2017 LaFerrari Aperta that closed an unforgettable evening and topped the sales figures. The Aperta will be finished in a one-of-a-kind stunning metallic Rosso Fuoco with a Bianco Italia double racing stripe on the bonnet and rear deck. The interior will be trimmed in black Alcantara with red leather inserts on the seats, red stitching, and glossy black carbon fiber trim. The car achieved €8,300,000 and was free of all commission; a world record for a 21st century automobile, all of which will generously be donated to Save the Children for an international program focusing on education.

Following closely behind the LaFerrari was the numbers-matching 1959 Ferrari 250 GT LWB California Spider by Scaglietti, chassis no. 1503 GT. One of the most desirable examples of the ultimate open Ferrari of its era, 1503 GT is offered from nearly two decades of single ownership, having seldom been shown over this time. Sporting a beautifully maintained restoration and with fascinating history, it made €7,855,000. 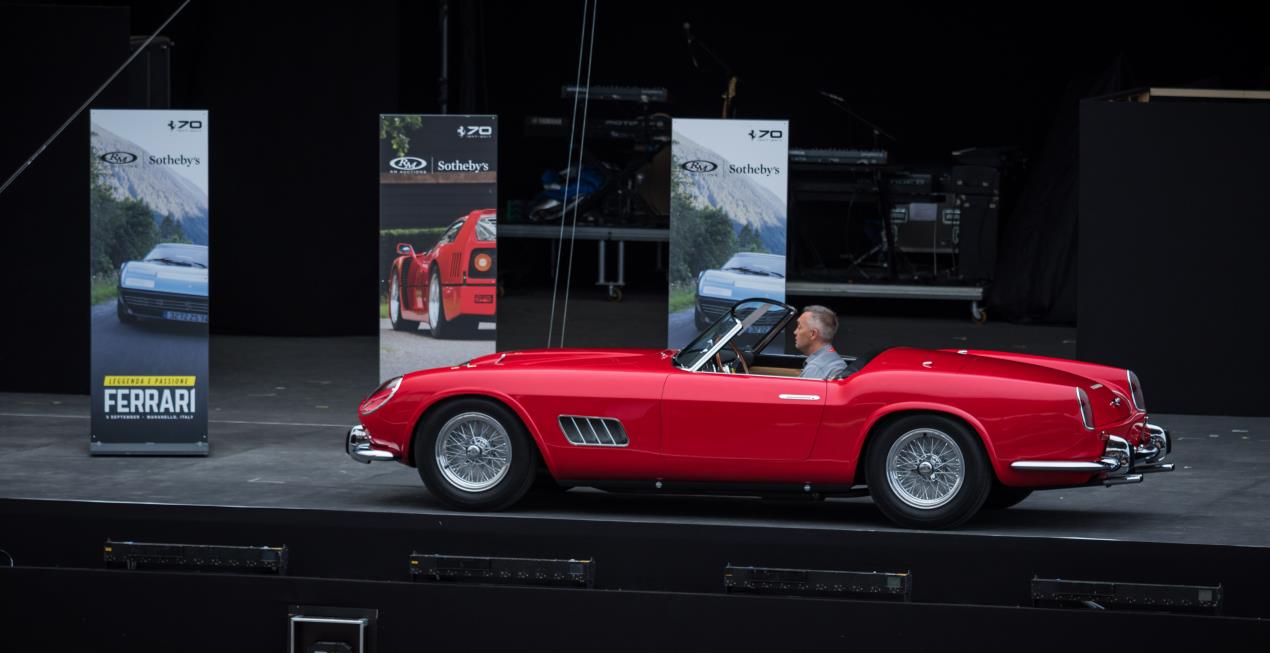 Augustin Sabatié-Garat, car specialist at RM Sotheby’s and the auction manager for the sale, said: “It has been a fantastic experience to return to Maranello and to conduct a sale in the company’s 70th anniversary year. The atmosphere throughout the whole weekend has been incredible and it was clear that buyers were keen to secure the very cars that we had on offer. The sale exceeded all our expectations and the enormous sum raised for charity through the sale of the LaFerrari Aperta was a wonderful way to end the evening. We would like to thank our friends at Ferrari for all their assistance and cooperation over the past few months.”

All eyes had naturally been on the 1969 Ferrari 365 GTB/4 Daytona Berlinetta Alloy, the only road-going alloy Daytona in existence, prior to the event. With matching numbers, this exceptional car was offered in complete ‘barn-find’ condition, having been discovered in Japan after being hidden for almost 40 years. With documented history and inspected by the leading marque expert, many consider this to be the ultimate road-going Daytona and it represented a unique opportunity for any serious collector. Spirited bidding resulted in the car making €1,807,000, becoming the most valuable Daytona coupe ever sold at public auction. 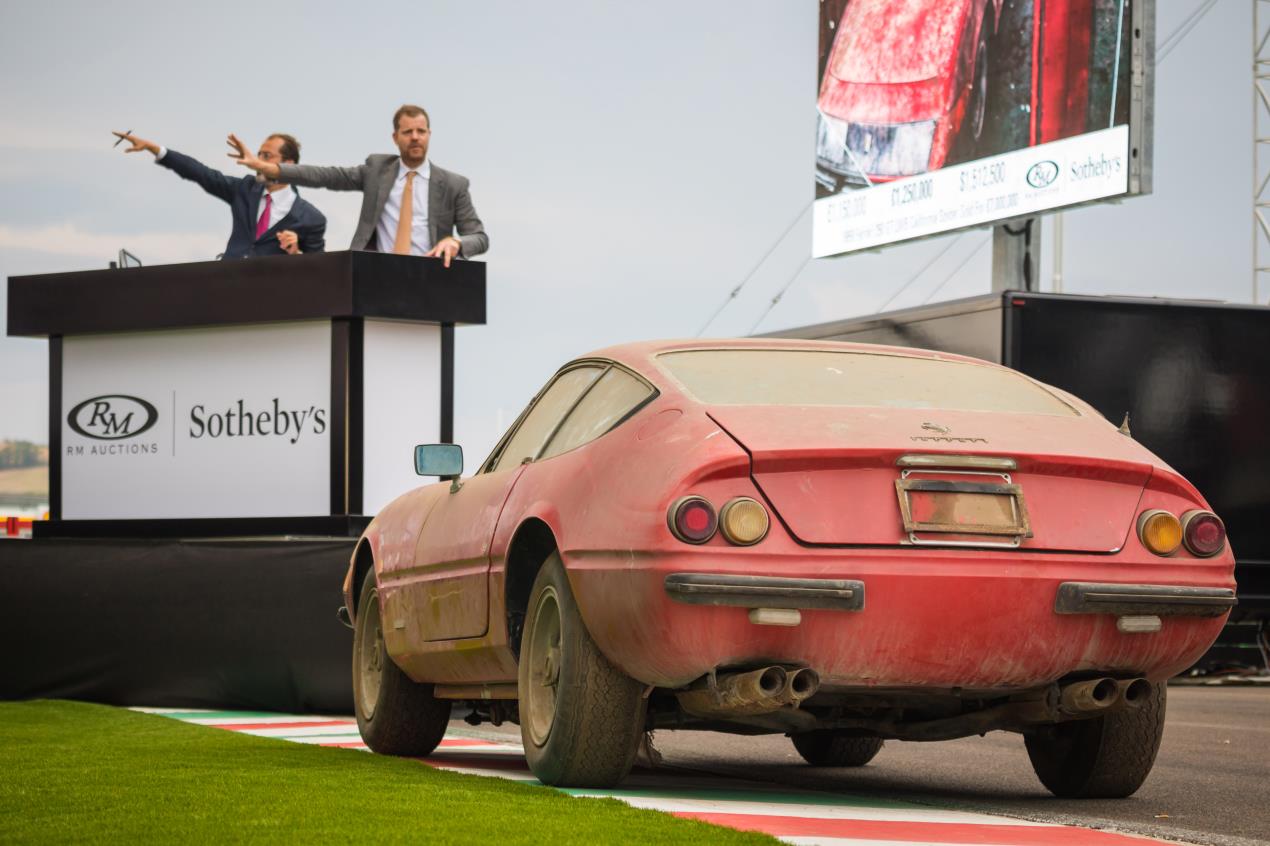 Although not the most expensive lot of the night, the 1983 Ferrari 400i, offered directly from the collection of Keith Richards, had attracted huge pre-sale attention. The Rolling Stones legend had owned the car from new and it is preserved in exceptional, original condition with only 3,267 km on the clock. This desirable five-speed manual example made an outstanding €345,000; a world-record for the model. 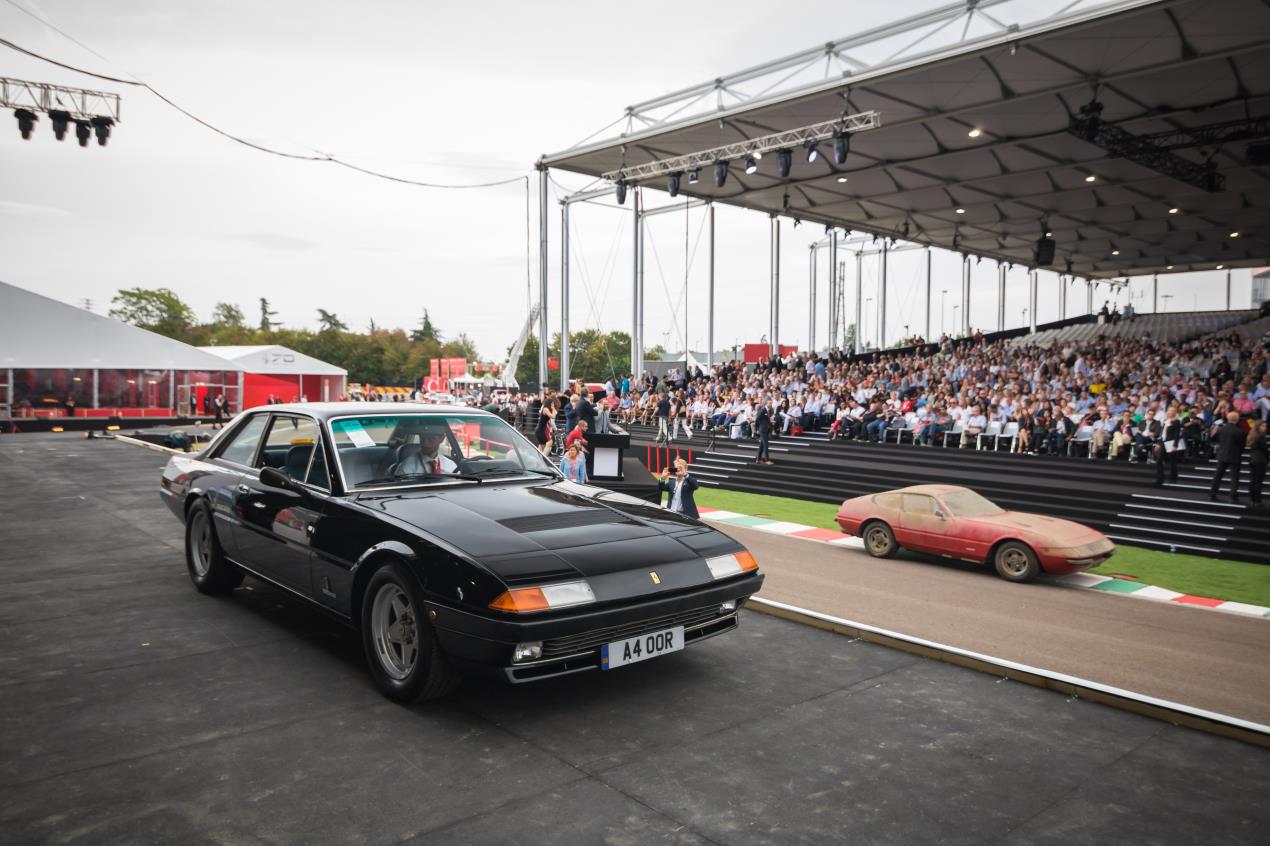 Another notable sale was the 2016 488 Spider ‘Green Jewel’, an as-new car offered by the factory in a special livery to celebrate Ferrari’s 70th anniversary. This stunning car enjoyed a bidding war which resulted in a final price of €1,090,200, a world record for a 488 model and a sum which well-eclipsed its pre-sale estimate. 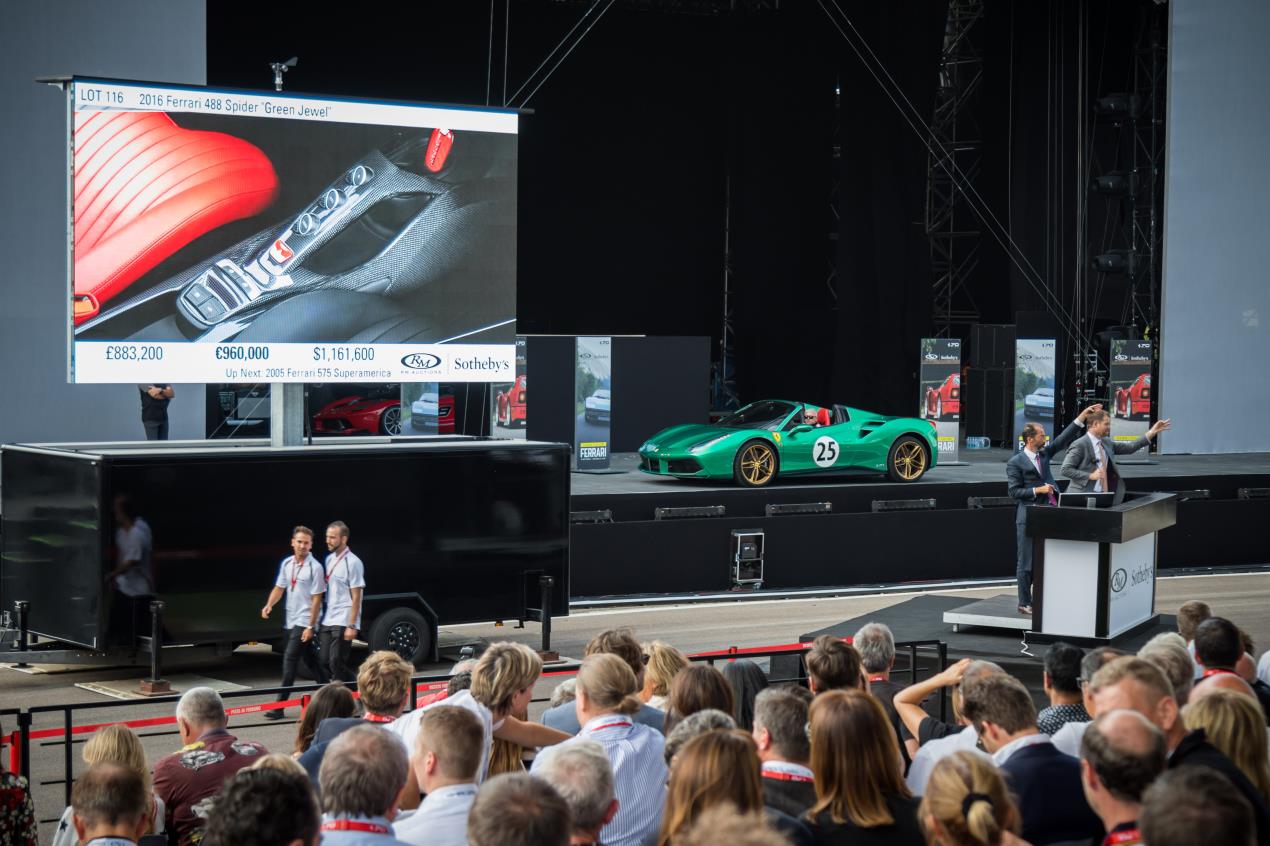 *Results are listed in Euro and include buyer’s premium. Ferrari LaFerrari Aperta was sold free of all commission

Results include select transactions that occurred immediately following the sale.

You can find out more about which cookies we are using or switch them off in settings.

This website uses cookies so that we can provide you with the best user experience possible. Cookie information is stored in your browser and performs functions such as recognising you when you return to our website and helping our team to understand which sections of the website you find most interesting and useful.

You can adjust all of your cookie settings by navigating the tabs on the left hand side.

Strictly Necessary Cookie should be enabled at all times so that we can save your preferences for cookie settings.

If you disable this cookie, we will not be able to save your preferences. This means that every time you visit this website you will need to enable or disable cookies again.

This website uses Google Analytics to collect anonymous information such as the number of visitors to the site, and the most popular pages.

Please enable Strictly Necessary Cookies first so that we can save your preferences!

If you're a Club E&I member, you can check your preferences and manage your account.